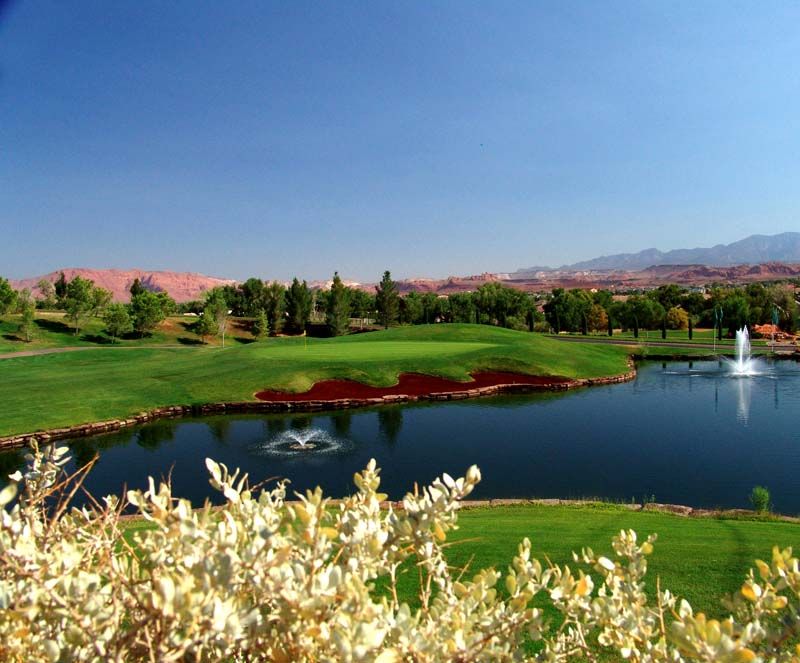 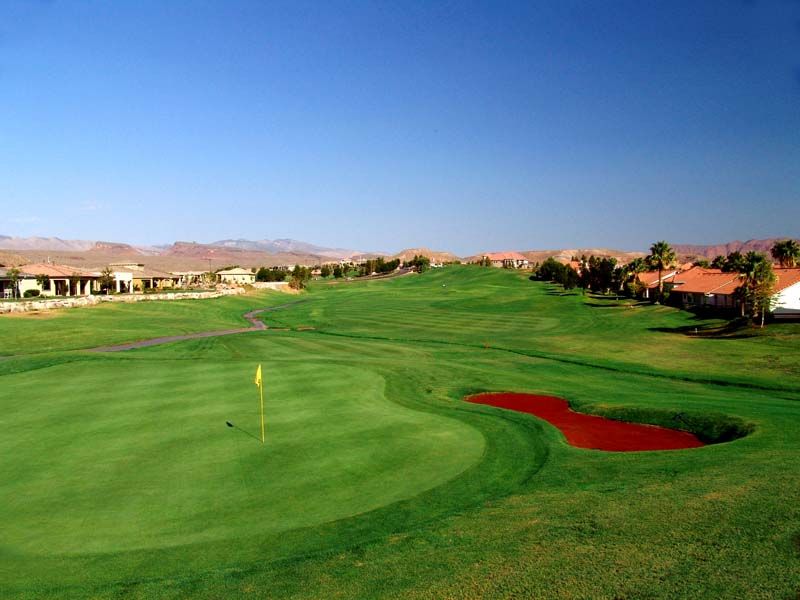 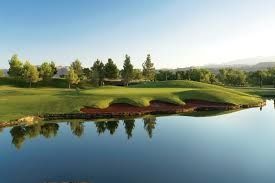 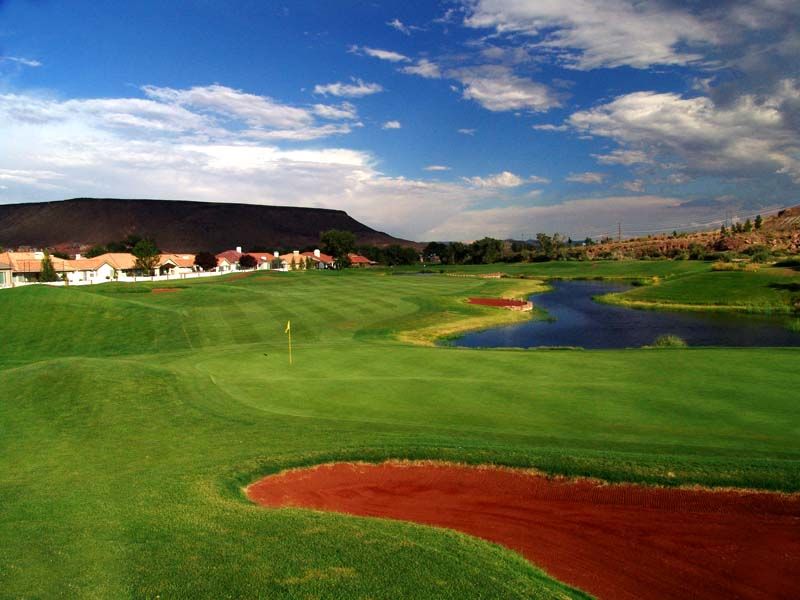 Golf Digest rates Sunbrook as the best golf course in Utah. This rating is a result of a number of elements including scenery, challenge, quality, and service. With the addition of the Black Rock Nine, Sunbrook is the only golf club in southwestern Utah to feature 27 championship holes.

The Woodbridge Nine is also named after its fifth hole. After teeing off from a bluff overlooking the island-green fourth hole, golfers must carry a lake featuring a gorgeous country-style wooden bridge. This is one hole so beautiful you won’t mind having to record a bogey on your scorecard. The Black Rock Nine is so named as a result of three holes being carved out of treacherous lava rock.

The par-four seventh is the most remarkable. After hitting your first shot from a tee located amidst a crowd of molten onlookers, your second shot must carry more volcanic remains plus avoid a small lake strategically placed just to the right of the green.

Sunbrook Golf Club - Pointe/Woodbridge is not yet in our pool of Golf Courses for orders.