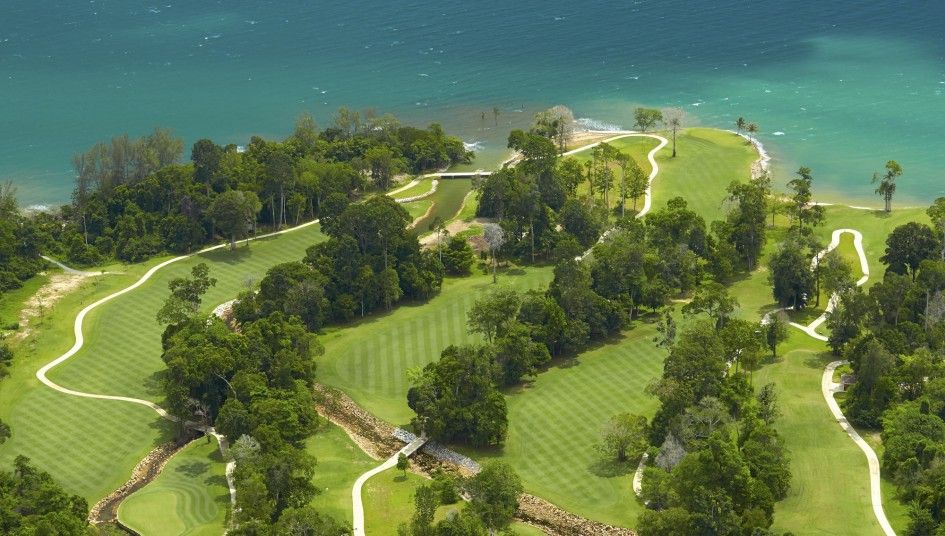 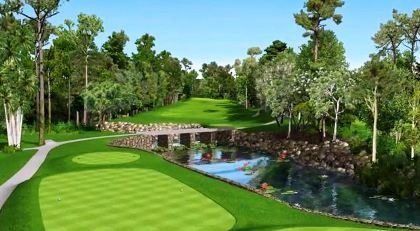 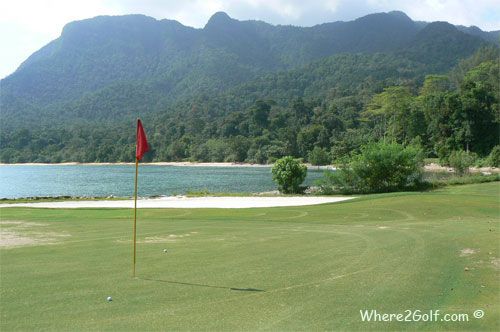 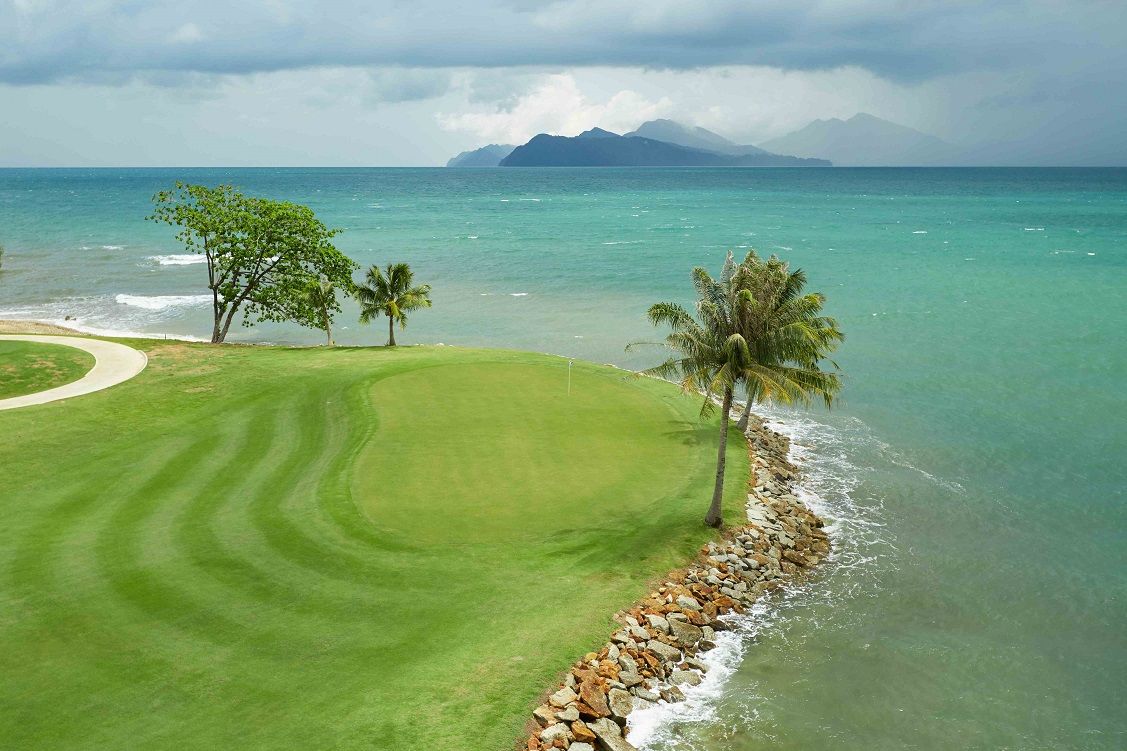 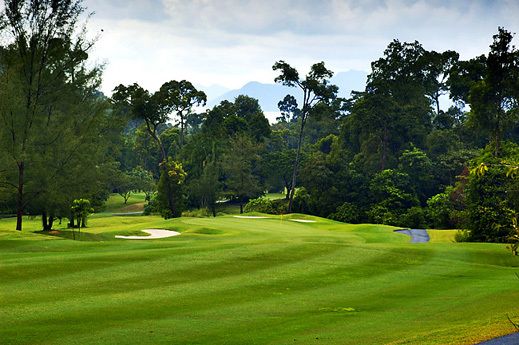 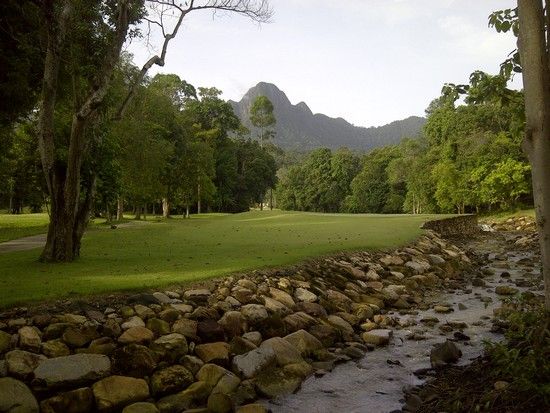 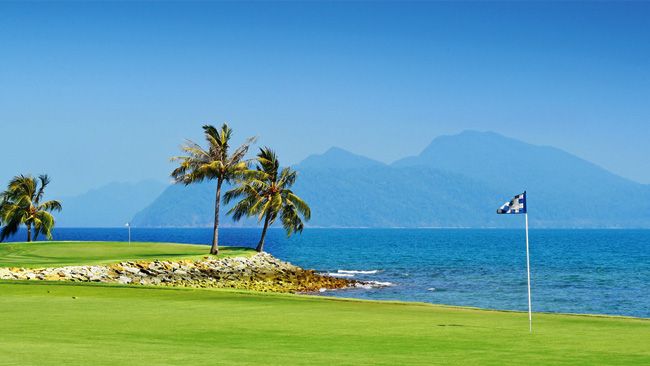 This course offers the best of golfing with nature. Nestled in the centuries old rainforest of Mount Mat Cincang with grand views of the Andaman sea to the east, The ELS Club has been consistently rated high by several international golfing magazines since the time it was known as The Golf Club, Datai Bay. After its official opening, The Els Club Teluk Datai has been ranked the ‘World’s best new golf course’ recently at the inaugural World Golf Awards in Portugal.

In 2013, erstwhile ‘The Golf Club, Datai Bay’ was renovated and revamped. It has been redesigned by the world renown golfer and golf course architect Ernie Els. Since then the club is now known as The Els Club, Teluk Datai. It is now managed by Troon Golf.

Els Club Teluk Datai, designed as a tribute to nature is an 18-hole Par 72, 6,750 yard championship golf course set in the beautiful island of Langkawi, just off the Northwest Coast of Peninsular Malaysia. Marked as one of the most incredible courses within the Els Club collection, Els Club Teluk Datai is nestled within a centuries-old rainforest with towering lush tropical foliage, meandering its way towards the turquoise waters of the Andaman Sea. Overlooking the marbled limestone peaks of the Mat Chinchang Mountain range, it is a sight to behold.

Complete with a well-appointed open air clubhouse, it’s easy to imagine spending a leisurely afternoon on the terrace with your favourite beverage or indulging in some retail therapy in our logo shop which carries the latest in both golf and lifestyle apparel.

The Hertz International ranked the course within the top six in Asia Pacific, The Asian Golf Monthly listed it within the top 10 courses in Malaysia, and American Golf Digest once ranked it no. 3 in Malaysia. And there are reasons for that. Look at the mountain, and you are actually looking at gigantic limestone rock formations that are over 500 million years old which made the Mount Mat Cincang and its dense rainforest become a UNESCO World Heritage Geopark site.

Coming to the course specifications … it’s a 18 hole championship golf course with par 72 and stretching from 5,369 yards at the forward tees to 6,760 yards at the championship tees. There is vast stretch of greens while the fairways are quite narrow along slopes in hilly terrain with forested tall trees protecting them from either sides. When you look down the slope of a fairway, the views are awesome. Towards the east, you will get a wonderful vista of the Andaman sea.

You will find many kinds of tropical trees along the course including ferns, palms, bougainvillea, vines and lot more. And don’t be surprised if monkeys give you company at some places. They are harmless but curious. You may also see some deer in the forest. Playing at The ELS Club Golf Course is relatively more expensive than some of the other courses in the island. You will find mostly the rich and elite class of people preferring to play here, and that’s more so because it is attached to the exclusive Five Star Resort – The Datai. Many hotel guests are seen playing golf here.

Although the terrain is hilly, the first nine holes are surprisingly on a flat landscape. The undulating fairways and greens start mostly at the back 9 holes. In my view, the 5th hole with par 3 playing 170 yards is one of the best the course offers. It s one of the most picturesque holes in the entire course with sweeping views of Andaman Sea making the backdrop. No wonder this hole is called ‘Illusion’. There are of course four other sea front holes that are also quite lovely (hole #7, 8, 16, and 17).

How to get to The Els Club Teluk Datai Bay , Langkawi (Malaysia)

How to Reach The Els Club Teluk Datai.

The Els Club Teluk Datai is a 35-minute drive from the Langkawi International Airport, which is 20 kilometres west of Langkawi’s main town, Kuah.

The Els Club Teluk Datai Bay has different Services to offer. Choose a date and number or players to see the rates.